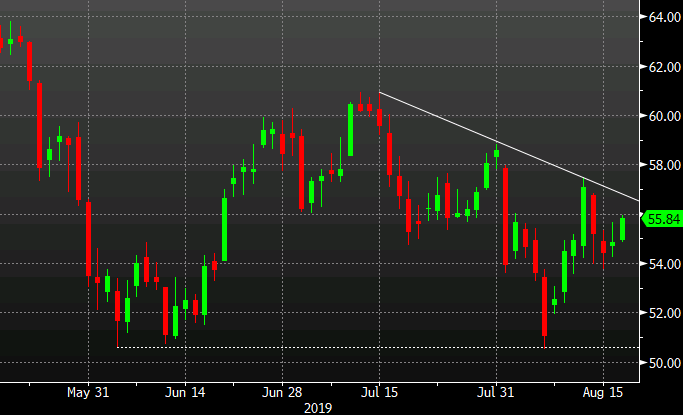 The gain is a bit more impressive than it looks given the backdrop. Gibraltar released the Iranian tanker yesterday in a de-escalation of tensions.

The ship is headed east into the Mediterranean and has changed its name to Adrian Darya 1 and is sailing with an Iranian flag. The US is warning that it will sanction any country that deals with Iran. Its currently indicated to be heading to the Greek port of Kalamata but that will probably change because that port isn’t large enough to handle the ship.