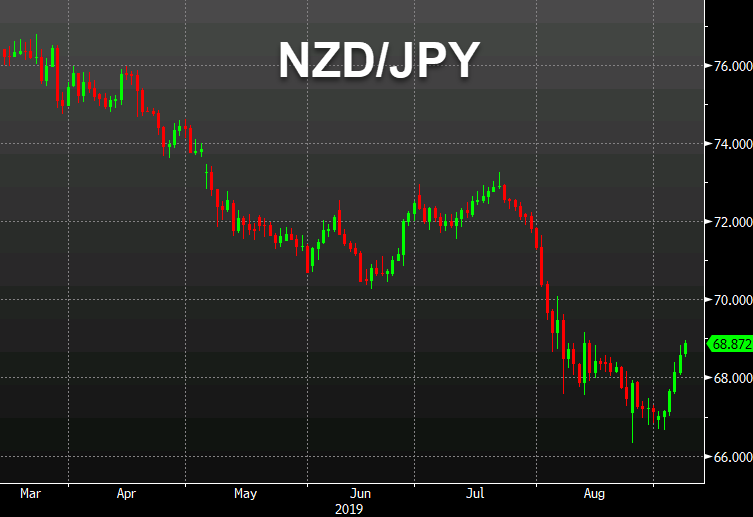 Mean reversion is the theme this week, according to UBS.

Yen crosses have been in a deep slump since the trade war accelerated but they showed signs of life last week and UBS expects that to continue through this week. In light of that, they suggest buying NZD/JPY.

We expect a continued mean reversion of the worst performing currency pair during the month of August. With FX markets locked in ranges until clearing the six Central Bank decisions of the next two weeks, vol should fall, making negative carry and defensive trades too expensive to hold.

They also note that positioning is stretched on a few fronts and also like EUR/NOK longs and NZD/USD.